Andrew died peacefully on the 31st May 2019, after a 10 year fight against cancer. Whether it was combatting his first diagnosis of stage 4 bladder cancer, creating Fight Bladder Cancer, or battling the terminal bowel cancer to the end – he never gave up.

Andrew has always been determined that the fight against bladder cancer should go on without him. He stepped down as CEO of the Fight Bladder Cancer charity in August 2018, but stayed involved until the last possible moment. It was during these last moments that he shared another big idea with everyone …

The motivation behind his ‘Big Idea Fund’ is to encourage progress for bladder cancer patients worldwide. In the same way that Andrew started Fight Bladder Cancer with a big idea in a small shed, his dying wish was to create a fund that invests in other big ideas to change things for the better for all those affected by bladder cancer. Ideas that may seem crazy, may seem unachievable, and may seem unrealistic … the best kind of ideas!

It is a huge achievement to have founded the charity for fellow patients. It has provided love, comfort, information, and support to thousands of bladder cancer patients and their families across the world.

His determination and courage have been an inspiration to many. He launched Bubbles for Bladder Cancer Day, now an annual global event. He was a founding member of the new World Bladder Cancer Patient Coalition, a culmination of years of work by Andrew to create a global organisation.

Although it’s been a difficult year since he was diagnosed with terminal cancer, the love and support from everyone across the globe has meant the world to him. He will be hugely missed by all who knew him and who have been helped in some way by his extraordinary drive and vision.

Andrew was both a catalyst and a firework. If he wasn’t soaring into the sky and exploding with a bang and a shower of colour, he was lighting the fuse for others to do the same. By donating, you will help to fund unique and bold new ideas, honouring Andrew’s legacy.

Thank you so much

Tracy, Phil & all the family x

2 posts
No posts yet
Close

The Andrew Winterbottom "Big Idea" Memorial Fund has received a donation, donate to this cause to help reach the fundraising target!

The Andrew Winterbottom "Big Idea" Memorial Fund has launched a fundraising campaign, show your support with a donation!

Uh-oh... looks like your session has expired. Please refresh the page. 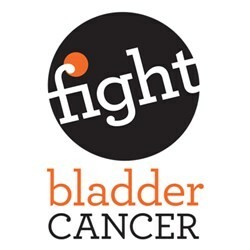 Fight Bladder Cancer (FBC) is the national charity for bladder cancer and is working to improve the lives of everyone affected by bladder cancer in the UK. We are so passionate about fighting bladder cancer because we’ve been there ourselves. We understand the challenges you’re facing ... Read More

Charity profile
The Andrew Winterbottom "Big Idea" Memorial Fund
Andrew died peacefully on the 31st May 2019, after a 10 year fight against cancer. Whether it was combatting his first diagnosis of stage 4 bladder cancer, creating Fight Bladder Cancer, or battling t

You are about to remove the message and all replies. Do you want to proceed?